The end of the Line.

After more than 50 years, the Malaysian KTM railway line and the land it sits on were finally surrendered back to Singapore on 1st July 2011. The railway tracks will soon be dismantled while the government ponders over the fate of the strip of land that runs from Tanjong Pagar to Woodlands.

With the exception of the Tanjong Pagar Station, which is now gazetted as a national monument, the rest of the infrastructure will disappear by the end of this month. These include the bottleneck bridges at Hillview, Hindhede and Sunset Way which I previously wrote about.  (click here for that blog)

Today I visited the truss bridge at Upper Bukit Timah and wandered along the tracks up to Hillview for a last look. Not surprisingly, so many others were also there to capture that last piece of memorabilia before it's all gone.

That bridge near the Rail Mall holds a bit more memories for me than any other part of the railway line. For about 10 years between the 70s & 80s, I  lived at Fuyong Estate which is located just beside that bridge. (Rail Mall is part of Fuyong Estate, here in this blog).


More pictures of the railway can be found on my photo blog here. 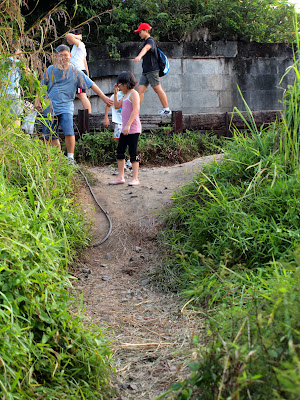 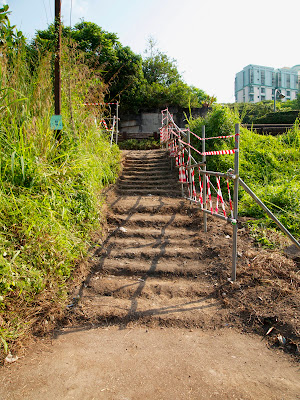 Access to the tracks from Chia Eng Say Road (top photo) was a bit bit treacherous on the day I visited, but within the week, someone had graciously carved out a temporary flight of steps (above).
So now it'll be easier for anyone who want to look at the railway one last time.
After July, it will be out-of-bounds to the public.