Passing of an era - The Hillview Railway Bridge

So it has finally come to pass. The day that I thought I would never see the light of.
After more than 80 years, the Malaysian railway line has been dismantled and with it the freeing up of the bottleneck at Hillview Road.

I wrote a blog back in Nov 2010 about this bottleneck just after Singapore and Malaysia came to an agreement to remove the KTM railway line from Singapore.   (Link here)

Yesterday, while online with another ex-resident of the now demolished Princess Elizabeth Estate,  SK Yum, I learnt that the railway bridge pictured above was dismantled that very day we were chatting.  So I missed the opportunity to document a historic moment when the bridge was taken down.

The bottleneck will soon be a thing of the past, much to the joy of all the residents of Hillview and Bukit Batok, as well as for motorists who use that stretch.

I am not sure when the bridge was built but when my parents moved into Princess Elizabeth Estate in 1953,  it was already there. So it must be at least 60 years. (postscript: it was built in 1923)

Back in 1953, when Princess Elizabeth Estate was built, the road was the only access from Upper Bukit Timah Road to the estate. It remained the only access road in, until the early 1970s when Hillview Avenue was extended and connected to Jurong Road at the other end.

Here are some photos I took today, a day after the dismantling.
Soon this will also just be a part of people's memory, when they remember that there used to be a bridge at Hillview Road. 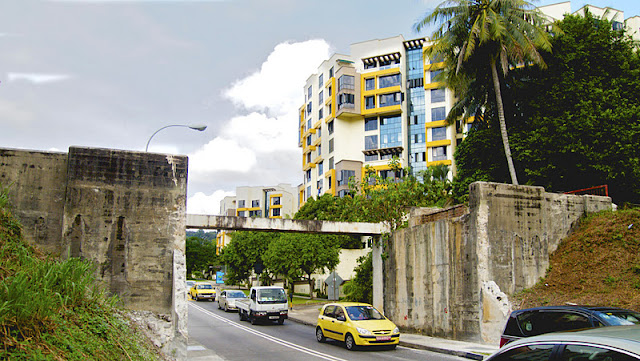 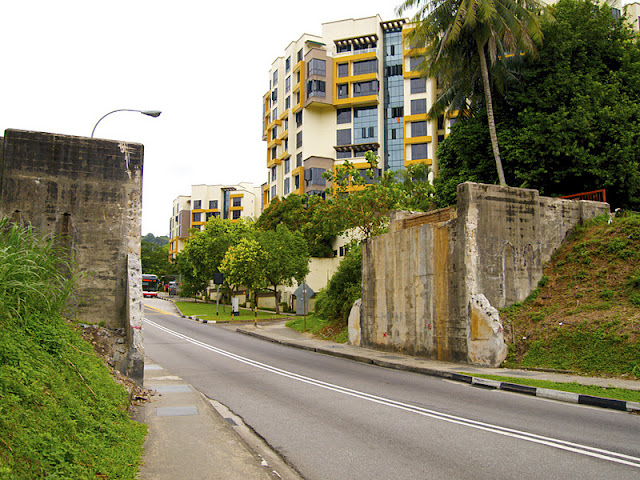